You’ll be screaming with laughter whilst being sentenced by the Bishop of Stafford, before being condemned to a traitors boat ride down the Black River.

In these dark chambers, try to survive the plague, and endure humiliation as well as pain at the hand of the Torturer.

If you escape… stop at the local tavern, known to be one of Dick Turpin’s hideouts, he may even shoot by! Then visit the Witch of Burslem’s cottage… to come face to face with her ghost!

Over 200 people have been involved with the creation of the Alton Towers Dungeon, and 10km of new cabling has been installed for special effects. They have recruited 23 actors for the Dungeon, each requiring 240 hours of training. They will perform 240 shows a day. There are over 400 pieces of costume for the actors in the Alton Towers Dungeon, all of which will be washed and dried in-house by the Costume Team. Also, the wizards at Holovis (the people who created the Wicker Man Pre-Show) are involved too, which is excellent news.

Eddie Saul confirmed the Alton Towers Dungeon will use roughly the same length of the boat ride system that was used in CATCF. Toyland Tours and Around the World in 80 Days used the full length of the ride system. The ‘Black River’ section will also have actors in it too, which is excellent news, the ride sections usually use models and animatronics, using actors will add an extra layer of fun!

Also, something that I REALLY like, is they have included nods to the building’s history within the attraction. We had part of an archway from ‘Doom and Sons’ pointed out to us, maybe there’s an Oompah Loompah tucked away somewhere?

So, what does it look like inside the Alton Towers Dungeon?

Well, it’s worth pointing out that what we saw wasn’t completely finished. Some scenes required more painting, and varnishing – it was a ‘live’ site. Some of the areas we walked through had the house lights up, workmen and tech folk beavering away, so it shattered the illusion somewhat. The ‘Black River’ where you get sent after ‘judgement’ was completely out of bounds, so I’ve got no idea how that looks.

We experienced the introduction from the Alton Towers Dungeon Steward and two scenes which were pretty much complete. We saw the Bishop of Stafford and encountered the Torturer – both of which had absolutely NAILED their performances. There wasn’t any stumbling over lines or breaking out of character – they owned it. If the quality of the actors is this high throughout the attraction, then it’s going to be awesome. The scenes were well presented and well dressed, it was easy to forget you were stood in the old Charlie and the Chocolate Factory building. Whilst it was hard to get an idea of the full experience – I think it’s going to be VERY good.

For a little more detail, and some exclusive behind the scenes footage from inside the Alton Towers Dungeon, take a look at my Video Blog below –

We respect your privacy and take protecting it seriously 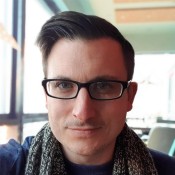 Hi! I’m Kip Hakes, I’m a 39 year old Daddy Blogger / Vlogger. I’m married to Vicki, I've got two children, George (16) and James (8) not to mention a Puppy called Duggee - we live in the Essex countryside near Colchester.I’ve blogged since 2008, and my blogging subjects include – Parenting, Technology, Reviews, Photography, Rants and Raves and more. I’m Designer of stuff by day, and a total nerd at night.

This site uses Akismet to reduce spam. Learn how your comment data is processed.

The form collects name and email so that we can add you to our newsletter list for project updates. Checkout our privacy policy for the full story on how we protect and manage your submitted data!

Is the Alton Chained Oak Tree of the Year 2020?

Alton Towers Scarefest 2020 IS Happening – Here are the UPDATED details..

Back to Reality (and back to the Five Bells)

I’m not convinced COVID-19 is the problem…

How to Prepare for a Scuba Diving Trip to Antarctica

Scuba diving offers you a glimpse of marine life, and combine...

Should I stay, or should I go?

Making travel plans is a pain at the moment. The current...

In what feels like times of terrible news continuously, I was...

Last weekend we took James for a very quick trip to...

How to Prepare for a Scuba Diving Trip to Antarctica

Scuba diving offers you a glimpse of marine life, and combine...

Should I stay, or should I go?

Making travel plans is a pain at the moment. The current...

In what feels like times of terrible news continuously, I was...

Last weekend we took James for a very quick trip to...

Your details won't be sold on and will just be used to email you updates on KipHakes.com